Sometimes a single moment of bliss can elevate your entire vacation from being an average trip to an experience you will cherish for a lifetime. As I sat in an open-air, sea-facing restaurant sipping a chilled mug of Bintang beer – the Indian Ocean breeze warm on my face and the sun dipping into the western coast of Bali at Tanah Lot – I realized I was living such a moment. 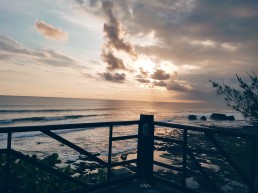 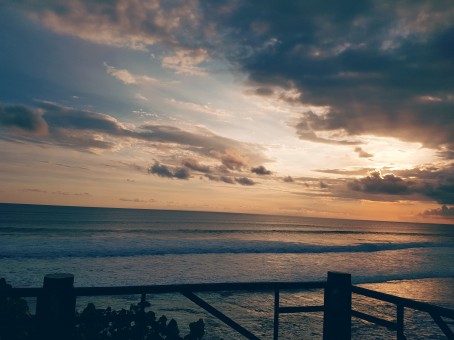 The best testament to the beauty of the sunset at Tanah Lot does not come from the digital cameras and selfie sticks, but from the curse that befalls it.

On high tide, you can see and hear the strong waves crash into the cliffs. They never really make it to the top of the precipice, but their fury and the vast expanse of the open sea ahead, almost convince you that they could, if they chose to.

I could imagine why Dang Hyang Niratha, during his travels over 500 years ago, chose this place to build a temple for the Balinese sea gods. 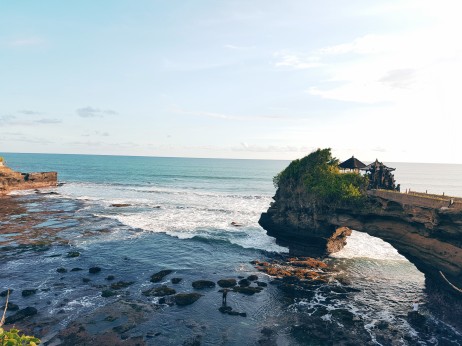 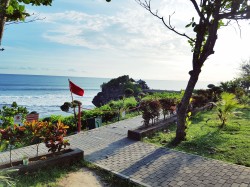 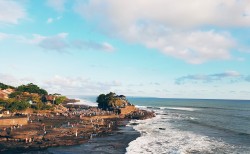 I know that everything that can be photographed, painted, written or sung about a sunset over the ocean, has already been photographed, painted, written and sung. But there is still something ethereal about experiencing it. It feels uniquely beautiful every time and invokes a basic human desire to capture that fleeting moment of beauty. And yet… as beautiful as the art inspired by sunsets is, even the most eloquent poets and successful painters will probably confess that their rendition did not do it complete justice.

It is fitting then, that the best testament to the beauty of the sunset at Tanah Lot does not come from the digital cameras and selfie sticks, but from the curse that befalls it. 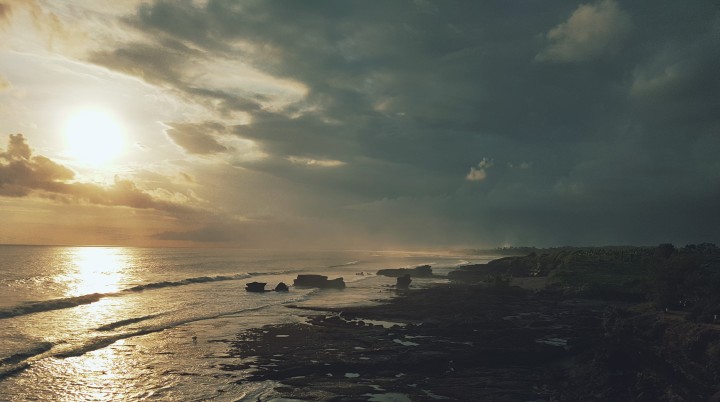 Legend speaks of a prince and a princess visiting Bali from the neighbouring island of Java who were soon to be married. On one evening, while they were enjoying the sunset at Tanah Lot, the beauty of the sunset is said of have blinded them into premarital hanky panky.

Later, the prince got the wedding jitters and bolted, leaving the princess and the island forever. The vengeful princess then cursed the island of Bali. She said all couples who would visit Bali would never end up together. 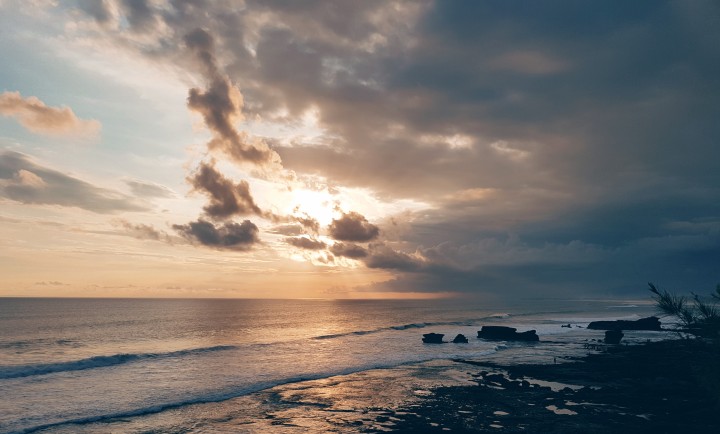 There are different versions of this curse. Some say that only unmarried couples are impacted. Another version says that couples travelling alone are doomed. If you are with a chaperone, you should be okay.

The horde of tourists and newly weds in Bali everywhere told me I was not the only one who ignored the curse. Some safer couples might still choose to give it a miss. But none will debate the allure of the famous sunset once they’ve seen it. 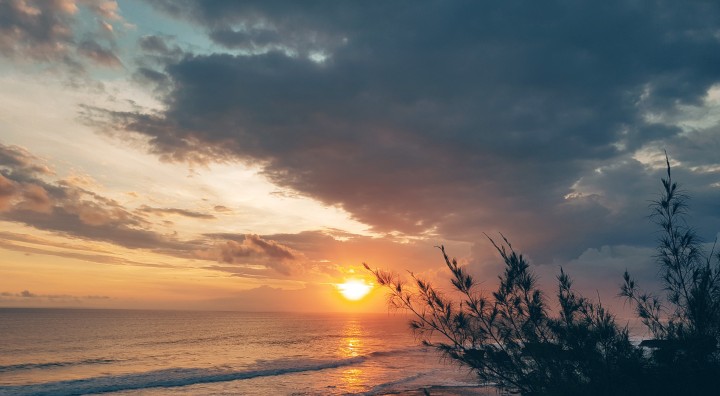 The beauty of the Tanah Lot temple (literal translation: land in the sea) also comes from the way, the little island is carved out by the sea gods for themselves. When the tide is high, the temple is almost inaccessible by mainland.

Bali has a string of such temples around the coastline to protect the island from the wrath of the seas. It is also said that people who offer prayers at this temple are never harmed at sea. 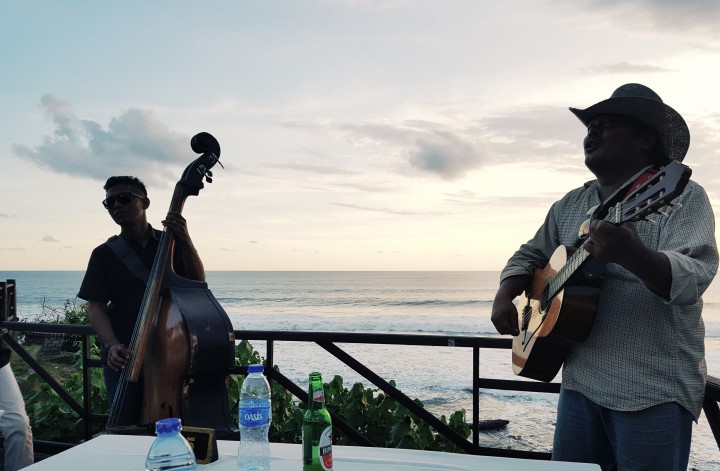 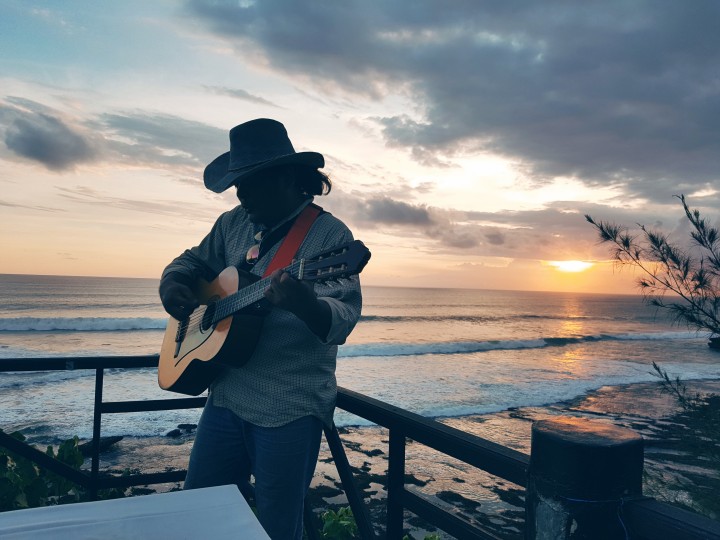 I spent the evening watching the sky slowly change shades of color I had only seen in artistic paintings, listening to a couple of locals singing beautiful songs on their guitar and cello.

I think I understood then, why some people find sunsets so melancholic. As you enjoy the beauty of each moment, you also mourn it’s brevity. 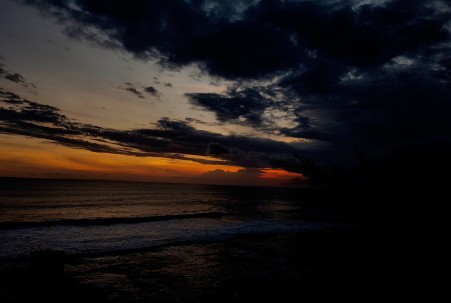 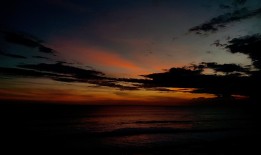 One thought on “The cursed sunset of Bali”

Movies, gadgets and travels… that’s pretty much where my happiness lies.